That saying is attributed to Tecumseh, a Shawnee Indian chief, in the movie "Act of Valor." 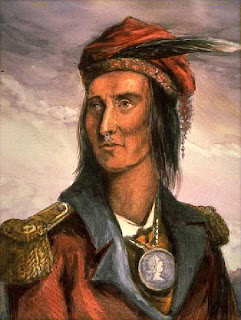 I first heard the equivalent of that idea in the David Lynch movie “The Straight Story." Richard Farnsworth says (while demonstrating with sticks):


When my kids were young I played a game with them. I'd give each of them a stick. One for each of 'em, and I'd tell them to break it. They'd do that easy. Then I'd tell them to make one bundle of all the sticks and try to break that. And course they couldn't. I used to say that was family, that bundle.

I tried to extend that familial idea to hydrogen bonds: here

The US "mercury" dime—a stunningly gorgeous coin design from the 1930s and 40s—had a bundle of sticks on the reverse side:


The bundle was called a fascia after the old Latin term. I guess the notion of fascia had to be banished from  politics.
Posted by chickelit at 4:07 PM