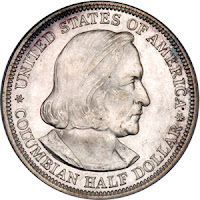 Christopher Columbus has lost prestige in the New World. First came the historical disputes regarding his claim to priority. But perhaps the most ignominious insult was being downgraded from the Periodic Table.


Charles Hatchett's important scientific work was done in the period 1796 to 1806. He was elected a Fellow of the Royal Society in 1797, which is a measure of the esteem in which he was held by his fellow scientists. In 1801 he described in a paper his analysis of a mineral called columbite, named after the location where it had been found in North America. This mineral sample from Massachusetts had lain in the British Museum since 1753. He described the mineral as ".. a heavy black stone with golden streaks ... from Mr. Winthrop": John Winthrop was the first Governor of Connecticut, the source of the mineral. Hatchett showed that the mineral contained a new element and he called it columbium and the mineral columbite, after its place of origin. This year (2001) marks the bicentenary of his discovery. Link

We called Element 41 "columbium" (Cb) for over 150 years until the Euros took it away from us. Van der Krogt:


Element #41 was therefore long known as Niobium as well as Columbium. To end this confusion, at the 15th Conference of the Union of Chemistry in Amsterdam in 1949 the name Niobium was chosen for element #41 and a year later this name was accepted by the International Union of Pure and Applied Chemistry, despite the chronological precedence of the name Columbium. The latter name is still sometimes used in US industry.

Evidence suggests that the Europeans railroaded US out of the name Columbium just to have it for themselves :)

Niobium is mostly used in steel alloys and for high tech applications. Niobium's use in catalysis plotted versus time looks like a hockey stick: Link  Brazil leads in its production, so in that sense at least, columbium is still New World.
Posted by chickelit at 12:39 PM