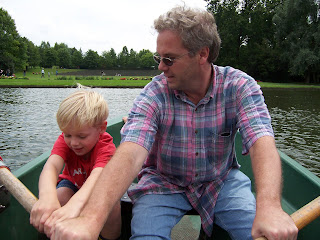 I've begun something I'm dubbing "Hollywood Homeschooling." The idea involves influencing my 10 year old son's weekend movie viewing choices (he only watches TV on weekends, and prefers to read during the week). And don't think I'm encouraging couch potato habits- he does have sports activities.

We don't have expanded cable, which seems to have swallowed up most of the movies I saw as a kid. However, Netflix offers many of them for rent. I've been picking one movie a week, and so far he has been very receptive.

You can tell I have a little theme going, and I'm reaching back into my memory, recalling what I watched in TV reruns when I was that old.

Which movies do you remember watching as a kid?
Posted by chickelit at 8:48 AM 19 comments: