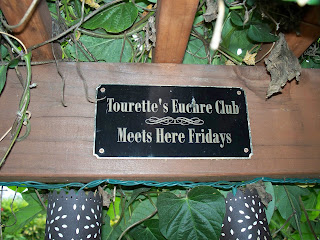 We love the card game of euchre around my neighborhood. The game has declined in popularity in the United States since the 19th century, when it was widely regarded as the national card game (according to Wikipedia).

Everybody I know who plays euchre is from a Midwestern state like Wisconsin, Minnesota, Iowa or Michigan. Also, the game is considered a bit déclassé, which IMO is all the more reason to like it.

We call it Tourette's euchre because we like to swear a lot during games. We play against the neighbor couple, who are both younger and better looking than we are. Sometimes, we swap partners, or play boys against girls. The jokes and innuendo would make even Trooper York blush. Of course, everything is on the up and up, because we really do respect each other's boundaries.
Posted by chickelit at 9:48 PM 6 comments:

So the entire transmission of my car needs to be replaced. I'm without a car in southern California until Friday! I used to DIY a lot of car maintenance (I once rebuilt a Ford Big Block V-8), but transmissions always intimidated me. As for getting around, there are alternatives: today I jumped on my bike and pedaled to the commuter train station (they have special places for bikes on the train). Then I pedaled to work from the train station.

Biking and taking the train doesn't save any time, but it sure saves aggravation. I’m thinking of parking the car for a while when I get it back.
Posted by chickelit at 10:10 AM 3 comments:

The View From My Throne 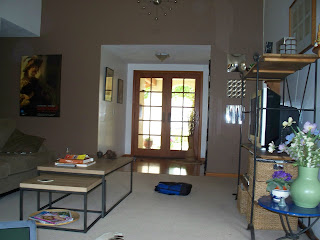