BJM said:
I'm looking forward the History Channel's new piece on Titanic...the first complete mapping of the entire debris field and wreck site.
What is it about this event that grabs so many of us?
Mar 9, 2012 09:34 PM

Here's what she's talking about: 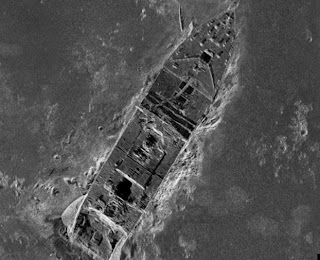 The first comprehensive map of the Titanic wreck site has been created as researchers pieced together some 130,000 photos taken by underwater robots in the depths of the North Atlantic Ocean. Read more

And speaking of the Titanic debris field, this is my current favorite coffee cup:


I bought that cup years ago at a Titanic artifact exhibition then touring the country. It is a replica of a third class coffee or tea mug and bears the White Star Line logo. Supposedly it's modelled on a real one found on the ocean floor in the debris field. It's short and squat but holds almost as much as a regular coffee cup. Perfect for a double espresso. The cup is available here.
Posted by chickelit at 7:16 AM