A Satirical Song About A Satyrical Briton 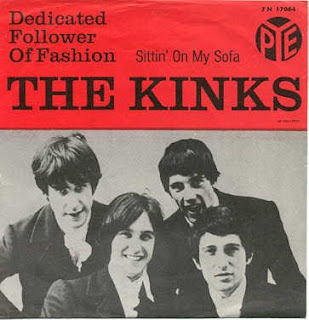 For reasons still not completely clear, The Kinks were banned from touring the US as a band from about 1965 to 1969. It had something to do with fighting too much and a labor dispute.  Just imagine--4 years of not playing to sold out audiences in the US--all that unrealized concert revenue.  Regret much?

Kinks fans have used this enforced isolation to describe why the band turned inwards and wrote particularly scathing material about British society in the mid to late 1960s.  One of the songs, Dedicated Follower Of Fashion, was allegedly penned with Brian Jones in mind, though others have claimed the inspirational role. London was in full bloom in 1966 and it really doesn't matter who Ray Davies' Leopold Bloom really was.