Titanium is the carbon of transition metals. The Germans realized this early on. Look again at this "carbo-centric" Periodic Table of the Elements from 1926: 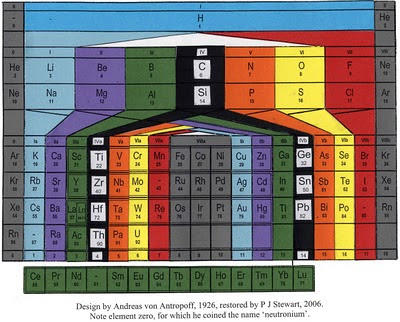 Follow the color code (carbon is black) down and to the left. The association runs right through titanium and zirconium, down to hafnium and thorium. To the right, the rhymes-with-carbon pathway runs down through germanium, tin, and lead; I'll get to the latter later after having some fun with the first row transition metals.

Titanium has probably touched more carbon atoms than any other metallic element. And there are two words for this Benjamin--just two words I want to say to you. Are you listening Benjamin?

Ziegler-Natta!
Posted by chickelit at 2:28 PM