This is Calcium's Finest Hour 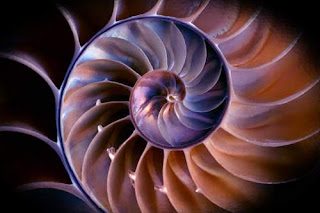 AGW is not just about burning hydrocarbons, making CO2, and pumping it up the atmosphere. Natural mechanisms exist for getting CO2 out of the atmosphere and back into the lithosphere. Trees, which tie the earth and sky, do this quite well. But more important is the formation of calcium carbonate, CaCO3.

When rocks weather, calcium is released into lakes and rivers. This happens slowly at sea shores but also in mountains and calcium eventually makes its way to the sea. There is a pre-existing supply in the oceans: Calcium is the third most abundant metal in sea water, behind sodium and magnesium.

Sea creatures make sea shells and coral from dissolved calcium. In addition, phytoplankton take up CO2 as well before being consumed. Part of the global carbon cycle involves the perpetual rain of dead sea creatures to the sea floor where the carbon is eventually consumed by tectonic subduction. These processes offset CO2 released by humans. The question is, how fast:


The natural pH of the ocean is determined by a need to balance the deposition and burial of CaCO3 on the sea floor against the influx of Ca2+ and CO23− into the ocean from dissolving rocks on land, called weathering. These processes stabilize the pH of the ocean, by a mechanism called CaCO3 compensation...The point of bringing it up again is to note that if the CO2 concentration of the atmosphere changes more slowly than this, as it always has throughout the Vostok record, the pH of the ocean will be relatively unaffected because CaCO3 compensation can keep up. The [present] fossil fuel acidification is much faster than natural changes, and so the acid spike will be more intense than the earth has seen in at least 800,000 years. link

Never was so much owed by so many to so little.
Posted by chickelit at 1:22 PM