Letters Home: "through the Mississippi darkness rolling down to the sea" 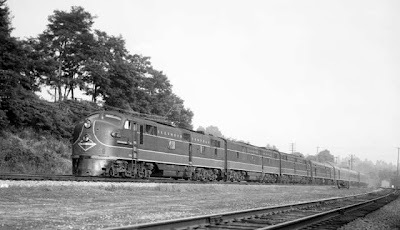 The time finally came when my dad finished basic training at Fort Campbell. Still a teenager, he went off to Europe as part of the 141st Tank Battalion in the US 3rd Army to help oppose Russian troops that had deployed along the Iron Curtain.


By the time you get this letter I will be on my way.  We are leaving thur. noon for New Orleans and will get there about 10:00 Fri. morning (by Pullman). [1]

Friday afternoon at 4:30 we are leaving New Orleans for Paris. [2] From France we are going to Bremershaven Germany. From there someplace in Germany. We will be on the boat 18 days. 2 Bn. of Air Force are getting off in Paris. [3]

I got the $10.00 Sunday morning. You can take it out of my next check.
I suppose Jr. is out of the Army now.
I got and sent back that form from the Motor Vehicle Dept., so the licence should be coming. [4] You can put them in my box because I won’t need them.

I can write on the ship if I ain’t too sick. I don’t think it will affect me any. I guess this is all for now.

[1]  At the time, troops travelled by special Pullman cars on overnight trains. Given Appalachian geography, it's likely that he first headed west to Memphis and then linked up with or transferred to a train heading south along the Mississippi flood plain to New Orleans.

I am reminded of the Steve Goodman song The City Of New Orleans (made famous by Arlo Guthrie):

Night time on The City of New Orleans,
Changing cars in Memphis, Tennessee.
Half way home, we'll be there by morning
Through the Mississippi darkness
Rolling down to the sea.

[2] Apparently he didn't realize that Paris wasn't a seaport. :)

[3] One battalion is approximately a thousand men. Unlike the Army, the US Air Force was based in France during that stage of the Cold War. A NATO directive stipulated that all air bases be located west of the Rhine, out of the zone of occupation, for strategic reasons (link).  American air power also had a long historical connection with France dating from the First World War. Lafayette Escadrille was a squadron of American volunteers during WW I. Race car driver-turned flying ace Eddie Rickenbacker flew French-made airplanes like Nieuports and SPAD VIIIs (pictured below).

[4] He lost his billfold as described back here.
Posted by chickelit at 7:15 AM