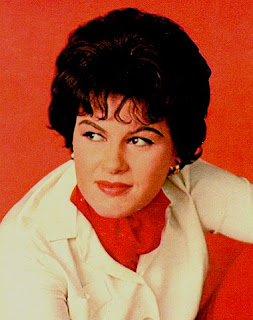 In my opinion, 1961 was a more interesting year for pop music than 1960 was. Dick Dale charted with "Let's Go Trippin" (Full disclosure: I'm going to see him next weekend at The Coach House in San Juan Capistrano. Dale's son Jimmy is playing with him now).

Here are some songs from that year that I've collected:

Of these, I'd have to say that anything by Patsy Cline is a favorite, with "Crazy" being my favorite. What is your favorite song from 1961?