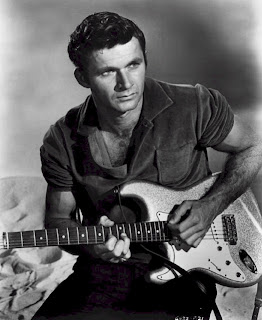 Continuing with songs from my iTunes from 1962:


You Need Love  ~ Muddy Waters
She's Got You  ~ Patsy Cline
I Stand Stop Loving You ~ Ray Charles
Dream Baby ~ Roy Orbison
I'm going with Dick Dale's Miserlou as my favorite, though I have absolutely no memory of it at the time, nor any of the others.  Memory didn't stick for me until 1963 or so.
I put Bob Dylan's Song To Woody from his first album there, not at all because it's my favorite (I don't really care much at all for Dylan's first album) but because I find it historically interesting.

Elvis Presley, having made a comeback after his Army stint in Germany, released three more hits that year though none of them make my favorites list.

The years 1960 to 1962 were a period of conception and gestation for Rock 'N' Roll.  Events overseas passed almost unnoticed here: Mick Jagger and Keith Richards met Brian Jones in 1962 at a London blues club. The Beatles released their first single "Love Me Do" (in the UK only) in 1962.  I'm old enough recall the dichotomy of liking either the Stones or the Beatles, but I couldn't tell you where or how that attitude arose.

Also in 1962, James Marshall Hendrix was serving in the Army and stationed at Fort Campbell KY, coincidentally about 10 years after my father was there.