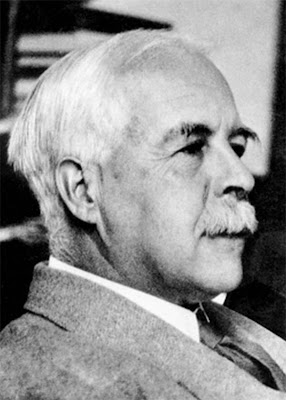 Poor under appreciated G. N. Lewis, perhaps the most famous chemist never to win a Nobel Prize, despite having been nominated 35 times. A few of his accomplishments included:
So what went wrong? According to the Wiki:


In 1946, a graduate student found Lewis's lifeless body under a laboratory workbench at Berkeley. Lewis had been working on an experiment with liquid hydrogen cyanide, and deadly fumes from a broken line had leaked into the laboratory. The coroner ruled that the cause of death was coronary artery disease, but some believe that it may have been a suicide. Berkeley Emeritus Professor William Jolly, who reported the various views on Lewis's death in his 1987 history of UC Berkeley’s College of Chemistry, "From Retorts to Lasers", wrote that a higher-up in the department believed that Lewis had committed suicide.

Is this true? Why? I intend to read Jolly's book. Meanwhile, Patrick Coffey, a businessman and former chemist who moonlights as a historian, thinks otherwise:


He was brilliant intellectually, he could cut right through to the simplest solution to any problem. The downside of Lewis was he was very prickly and made a lot of enemies.

He'd been home-schooled as a child. He never seemed comfortable outside his closed environment. He probably needed to get in more fights on the playground.

He built his own support system, but when he got out of that system, if anybody gave him any slight at all he'd hold a lifelong grudge. Lewis's exacting nature sometimes got the best of him.

By the time of his death, he'd completely estranged himself from at least four Nobel laureates, and one of them was Irving Langmuir.

Yeesh, Coffey makes the Chemistry Nobel sound like the Oscars. He goes on to say:


There's nothing criminal here, but it's interesting, that probably the two greatest physical chemists [Lewis and Langmuir] of the 20th century had lunch together the day one of them died.

Read the linked article and make up your own mind. I'm still gathering facts.
Posted by chickelit at 1:02 PM