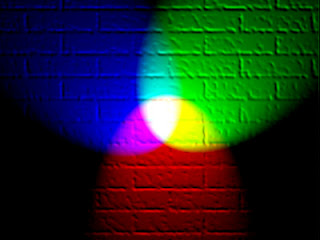 Vielleicht Scheint Morgen Die Sonne Wieder* by Werner Stelly is a beautiful short story I first encountered in a college German class. It was in a book called Lebendige Literatur. Here is the opening paragraph (my translation):


When the young man went up the stairs, the sun was shining through the colorful windows. Every time the sun was out and the young man came home in the afternoon, he saw the bright reflection of the window on the wall, and he thought how happy they could be. And a warm feeling flowed with his blood to his heart. Flecks of red, blue and green light scattered on the wall of the staircase landing, and he was almost cheerful, happy and satisfied.

The story continues, telling of the young man's wife and their son, all of whom show disparate feelings--anger, sadness, and hope--yet gather each day for their daily rituals. In the end, the father hopes that his son will one day too see the same beautiful resolution of sunlight on the wall.

Here is the original German:

A string of 11 German words, all having English cognates, struck me the first time I read them back then:

I parsed that sentence, making each word a clickable link.

George Orwell wrote in Politics And The English Language:


Now analyze these two sentences a little more closely. The first contains forty-nine words but only sixty syllables, and all its words are those of everyday life. The second contains thirty-eight words of ninety syllables: eighteen of those words are from Latin roots, and one from Greek. The first sentence contains six vivid images, and only one phrase ('time and chance') that could be called vague. The second contains not a single fresh, arresting phrase, and in spite of its ninety syllables it gives only a shortened version of the meaning contained in the first. Yet without a doubt it is the second kind of sentence that is gaining ground in modern English. I do not want to exaggerate. This kind of writing is not yet universal, and outcrops of simplicity will occur here and there in the worst-written page. Still, if you or I were told to write a few lines on the uncertainty of human fortunes, we should probably come much nearer to my imaginary sentence than to the one from Ecclesiastes.

Orwell was writing about bad writing in English, not translating. But the same lesson holds. Some words have ordinary meanings deeply rooted in the past. But some ideas will not translate literally, like "a pair of three color stains on the wall" in Stelly's story. But others remain unchanged through time and across languages.
Posted by chickelit at 7:31 AM