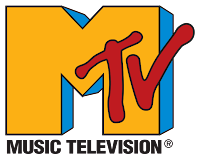 MTV debuted in August 1981 and reshaped the commercial music industry. MTV managed to revive the single as a commercial music vehicle for bands to get noticed. And they did this in an innovative way, giving us terms like VJ and of course helping visual artists cash in on the trend. The "album" concept, barely twenty years old in Rock 'n' Roll, still had significant momentum but lost some steam in the coming years. The music industry countered this to some extent by introducing the CD format, enticing everyone to repurchase what they already owned in that format.

Damaged by Black Flag. OK I'm not a real big Black Flag fan- I did like this album and found their humor entertaining. The real importance of Black Flag was Greg Ginn and the record company he founded called SST Records. SST recorded many of my favorite '80's bands like Sonic Youth, the Meat Puppets, the Minute Men, and Hüsker Dü. Ginn's brother, Raymond Pettibon, is commercial artist of some fame. But Henry Rollins was/is a serious asshole. I met him once in Zurich, Switzerland before one of his "solo" shows.

Extended Play by the Pretenders. My theory (and I'm sticking to it) is that Talk Of The Town is a love song written to Ray Davies.

Such a drag to want something sometime,

One thing leads to another I know....

Was a time I wanted you for my mine -- nobody knew.

I made a wish--I said it out loud...out loud in a crowd, everybody heard, 'twas the talk of the town.


Shake It Up and Since You're Gone from the Cars's fourth studio album Shake It Up. They had just one more good album in them after this.  They did seem to cash in well from several heavy rotation MTV videos.

Tattoo You by The Rolling Stones.  This is the last Stones album that I bought. They were pretty much over as innovators after this. I did buy the Forty Licks CD when it came out in 2002, just because I wanted digital versions of their older stuff. It seems that that's all the Stones are now--nostalgia. But put it in perspective. They had been together for almost 20 years at this point (I remember thinking they were old when they began turning 40).  Waiting on a Friend is my favorite song and video from Tattoo You.

I just had a thought -- The Rolling Stones, first formed in 1962, will be 50 years old next year in 2012. My wish is that they are all still living and that Bill Wyman comes out of retirement for some sort of Golden Anniversary event.

Ghost In The Machine by the Police contained a number of hit singles for that band including Every Little Thing She Does is Magic and Spirits In The Material World (I love Sting's upright bass playing). He may have inspired the Violent Femmes). But this was the last Police album I bought.

Rapture by Blondie. Considered by some to be the first "rap-influenced" music song to chart well. In retrospect, the song sounds more disco influenced than rap.

Belinda Carlisle and The Go-Go's had a slew of hits beginning around this time, mainly due to heavy promotion on MTV. They were adorable enough.

Under Pressure by Queen and David Bowie. A great collaboration.

Rock This Town The Stray Cats with Brian Seltzer reintroduced a genre of music not seen since the heyday of Elvis -- Rockabilly. They were more highly amped than Presley's day.

Gloria by U2. A still young and fresh faced Bono made a positive impression on me then via MTV. He's being going downhill since but still manages to pull off "just enough" from time to time.


Added: Ace commenter Jason reminded me about Duran Duran whom I misremembered as being part of 1982: Here you go Jason "Girls On Film" (uncensored):