Letters Home: "I'm just living till the day I get home" 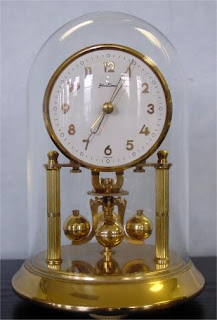 I got a letter from you yesterday so I guess I had better answer it tonight. We sure are having nice weather now. It's dry but not too warm. About like May back home. The sun is real bright. Good days for taking pictures.

We have to be on parade the 4th. I'll be in a tank that day. I think only one jeep out of  the 141st is in it. It's suppose to be in the newsreels and on television back in the States.

You asked me about that shirt. I guess I sold it to some GI at Campbell that wanted it.[1] I believe I would sell the shirt off my back for enough money Ha! I am going to get that watch and a 400 day clock sent next week for sure.[2]

Did dad ever trade the Mercury off? I suppose it's about all in??

I guess there's not any thing of importance happening over here. I'm just living till the day I get home. 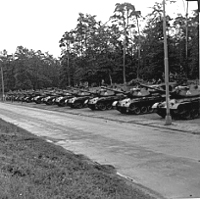 [1] "Campbell" refers to Fort Campbell, KY/TN, where he completed his specialized tank training the previous year.

[2] These were intended as gifts. I had to Google "400 day clock" to figure out what he was referring to here. Then it was obvious he meant a clock which I recall as a living room fixture growing up. My family was like that. They would gift each other things all the time and then end up with them in the end! I once gave my grandmother a bone china ceramic chicken (she had a collection). Before she died, she made sure that it got back to me and I still have it.
The 400 Day clock looked something like the one in the photo above. It stopped working after about 400 weeks, sometime in the 1960's. My mother tried to have it fixed then, but unsuccessfully. My brother now has it and as far as I know it still doesn't run. I never really cared for the thing and preferred the Kit-Cat Clock.

Posted by chickelit at 1:49 PM