Letters Home: Maybe before I am 21. Time will tell 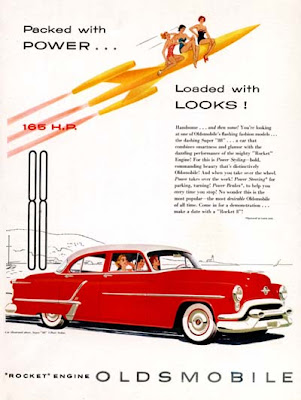 
It sure has been cold over here lately. I am on the road quite a bit now that I got a jeep. I went a total of 63 miles yesterday, and I didn't go anywhere. It's hard to drive over here. The roads are narrow and have a lot of traffic. There is more Bicycles on the road than Cars.
That jacket you sent I sold already for $12.00. I only paid $8.00 at Louisville for it. I suppose B. is looking for the watch. I still haven't got it sent. Too lazy to pack it I guess. I'll get it sent soon though.
I didn't know Donna G. was married. What's this world coming to? The teenagers sure aren't any good anymore.
Has the new Oldsmobile come out yet? Maybe you can send me a picture and price of the 88. I would like to get one when I get out but I'm afraid of the price. How has the Mercury been starting this winter?
We are having some big Inspections lately, but I am always gone somewhere and I don't have to stand them. I got K.P. Friday.
Every month guys in the 141 are leaving for home. Usually about 60 days before discharge.
If nothing happens I should be home in August. Maybe before I am 21. Time will tell.
I got all those hankies you sent. Each letter had 6 cents due on it. I don't know who paid that. I used them too. I just got over a bad cold. It was the change of weather I guess.
Would you have anyplace to put a 400 day clock if I sent one. Almost everyone has sent one home before Christmas.
There sure have been a lot of plane crashes in the states so we hear.[1]
How is Stud and Duke getting along in school? [2]  I suppose they will be wanting me to get them a car when I get home.
Well I guess I will have to sign off for this time.

[1] I checked what records I could easily find online and found nothing unusually frequent about 1952-53. He may be talking about the small shoulder on the right of the big wartime spike in this graph.
More likely, he had been thinking about flying back to the states or had friends who had flown and he began paying attention to such news.