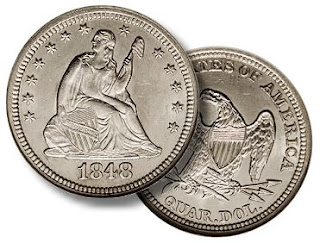 Wisconsin entered the Union in 1848, just as waves of European emigrants sought new lives. The Revolution of 1848 led to a diaspora of German-speaking peoples, some of whom settled in Wisconsin. They were the intellectual seed for the Wisconsin progressive liberal tradition.


Roughly that segment of the state with Madison as the string center of the arc and with Manitowoc County as the upper swing and South Milwaukee as the lower tangent is densely settled by the descendants of people representing every class and community of German society. The first settlers arrived as early as 1839. Some came seeking religious and civic liberty; others for the purpose of improving their economic and social status. Some were Protestants, others were Catholics and a third group, composed mostly of so-called "Forty-eighters," were "Free Thinkers." Before the migration ended, the Germans were so scattered that their settlements dotting the map of Wisconsin looked like a uniform patch-work quilt.

Scattered among the early German settlers were many so-called "Free Thinkers." At one time this group had twenty-three societies in Wisconsin alone. Mayville had one of the leading organizations. These people were mostly "Forty-Eighters" --men of culture and means. Some had exchanged titles of nobility for their freedom. They were sympathizers with the German Liberal revolution of 1848, and were the progressive liberals of their times.

It is difficult accurately to define their dogma. They were not atheists but they held a belief in some godlike principle of nature. They spoke glibly of their followership after Thomas Paine, French-thinker and American revolutionist. Some had their children baptized in "the name of the United States of America." Often at their gatherings they would display the cap of freedom on the top of the liberty pole. [1]

For eighty years the little village of Thiensville on the old Milwaukee River resisted Christianizing influences.  They had their children married without benefit of clergy. They buried their dead in the old Mequon cemetery under memorials to their name only. Rural neighbors looked askance upon these strange townsmen, calling their community "Little Paris" or the "Godforsaken Village." When a non-conformist newcomer attempted a collection for the founding of a church he was met with a double offer of the amount raised if no church be founded. Repeated efforts to establish a church failed.

At Sauk City remains the last active Freie Gemeinde hall and library in Wisconsin. [2] A spacious lawn and spreading trees give it the imposing setting of a rural community social center. As its members die they are buried in the nearby Free-Thinker cemetery in the Town of Honey Creek.

[2] Wisconsin author August Derleth (1909-1971) associated with the Freie Gemeinde of his beloved "Sac Prairie." Derleth lived, and was buried, in Sauk City.
Posted by chickelit at 11:19 PM