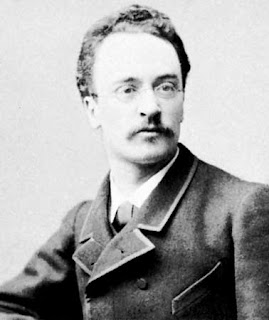 Ordinary gasoline engines are powered by the sparked ignition of gasoline vapor compressed with air. The heat of combustion and increased exhaust gas pressure drives pistons, doing useful work derived from the chemical energy stored in the fossil fuel. Gasoline engines behave according to the Otto Cycle and the ideas originally date from the mid-19th century.

Rudolf Diesel, a German engineer, understood the engines of his day and had the radical idea of compressing air inside the piston until it became so hot that fuel would spontaneously ignite when it contacted the hot pressurized air, thus not requiring a spark plug. In essence, Diesel reengineered the existing Otto cycle and invented engines that behaved according to the Diesel Cycle.

Diesel based his ideas on his understanding of the thermodynamics of heat engines, a young science begun by the French engineer Sadi Carnot and who later became known as the father of thermodynamics.

US Patent No. 542,846: "Method of and Apparatus for Converting Heat into Work (Link) was awarded to Diesel and has a clear and concise explanation of how and why diesel motors work. In Diesel's own words (or more likely those of his patent attorney):

Diesel also solved another important problem that still limits the efficiency of gasoline engines, viz., the tendency for gasoline motors to knock or ping due to "predetonation." Autoignition is precisely what diesel motors are supposed to do, albeit in a controlled way.  In a diesel motor, the air and fuel are pressurized separately and then mixed. Because diesel motors burn at hotter temperatures than gasoline engines do, they have a tendency to "burn air," forming nitrogen oxides from the normally inert N2 and O2 that make up the air we breathe. Precious metal catalysts are used to convert the nitrogen oxides back into oxygen and nitrogen.

Today, diesel motors find widespread use in nearly all commercial transportation applications: trucks, trains, ships, submarines, and, as I learned from Theo Boehm, even in aviation (BTW, did you know that aviation gasoline still has lead? Link--fine particles of lead oxide (or actually lead chloride or bromide) rain down on us everyday. Europeans use diesel motors far more commonly than we do for personal transportation.

I'm sold on diesels. I own a 2003 VW Golf Diesel (TDI) and I love it. It gets around 43 MPH on the highway and not much less in city because it's a stick. Another advantage to owning a diesel in CA is that they are exempt from smog-testing.
Posted by chickelit at 10:07 PM