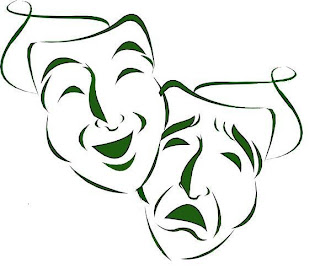 ...You are my witness that I never wanted to go along with it, because I was afraid of the East, in fact of war in general. I have never been a soldier, only a man in uniform. What do I get out of it?  What do the others get out of it, those who went along and were never afraid?  Yes, what are we getting out of it?  We who are the walk-on parts in this madness incarnate?  What good does a hero's death do us? I have played death on the stage dozens of times, but I was only playing, and you sat out front in plush seats, and thought my acting authentic and true.  It is terrible to realize how little the acting had to with real death.

You were supposed to die heroically, inspiringly, movingly, from inner conviction and for a great cause.  But what is death in reality here?  Here they croak, starve to death, freeze to death--it's nothing but a biological fact like eating and drinking. They drop like flies; nobody cares and nobody buries them. Without arms or legs and without eyes, with bellies torn open, they lie around everywhere.  One should make a movie of it; it would make 'the most beautiful death in the world' impossible once and for all.  It is a death fit for beasts; later they will ennoble it on granite friezes showing 'dying warriors' with their heads or arms in bandages.

Poems, novels, and hymns will be written and sung.  And in the churches they will say masses.  I'll have no part of it, because I have no desire to rot in a mass grave.  I have written the same thing to Professor H____.  You and he will hear from me again.  Don't be surprised if it takes a while, because I have decided to take my fate into my own hands.

_________________________
A key to understanding this ongoing series is here, and here. Each letter (39 in all) was written by a different and anonymous German soldier who knew he was going to die. I associate these letters with Christmastime for reasons explained at the links.
Posted by chickelit at 11:07 AM