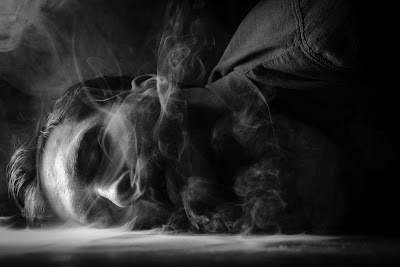 Under a golden poplar lies a dead comrade. In the peasants’ farmyards lie dead cattle. The windows are broken by shell-fire. Not a bird is to be seen. All nature holds its breath with fear. The air is heavy with the reek of gunpowder. The sun is setting, blood-red. Yet I cannot say that things are going ill with me. A man feels himself really free and independent only when he has learned to be ready to give up his life at any moment.

I have already fired many a shot and the bullets may have gone home. I can now only think with disgust of the battle-pictures which one sees in books. They show a repulsive levity. One never takes a real battle lightly. When one is in the midst of it and fully conscious of its reality, one can speak of it only in the most deeply earnest spirit. How many a quite young married man have I seen lying dead!  One must not attempt to sweeten or beautify such a thing as that.*

I dream so often of you. Then I see our house in the moonlight. In the sitting-room a light is burning. Round the table I see your dear heads: Uncle Lau is reading; Mum is knitting stockings; Dad is smoking his long pipe and holding forth about the war. I know that you all are thinking of me.

If only our warfare achieves the right kind of success; if it brings blessing upon the Fatherland and eventually on the whole of mankind; if we were sure of that, we should bear our sufferings and privations gladly. How I thank God that I am naturally endowed with powers of such endurance! I never felt so strong as I do now.