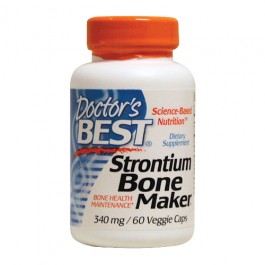 Naturally occurring rubidium is only weakly radioactive and unregulated, but manmade strontium-90 is practically a worst case scenario. Strontium-90 first acquired its bad reputation back in the 1950's when it, along with certain caesium and iodine isotopes, were identified in the fallout from nuclear weapons testing. Strontium-90 is also a decay product from nuclear reactors. The worst accidents involving strontium-90 both occurred in the former Soviet Union: Chernobyl in 1986 and the Kyshtym nuclear disaster in 1957. link

Strontium-90 decays relatively quickly (it's a beta-emitter) and is taken up in bones. Strontium "rhymes" with calcium and very much resembles it. Strontium is bone-seeking and can supplant and replace natural calcium. Calcium is the backbone of life and modern civilization: think skeletons & concrete. Ca2+ and Sr2+ are both small & hard and can interchange within living structure as oxides and polyoxoanions, e.g. phosphates.

But regular strontium, which is not essential to life, may partially redeem itself. Naturally occurring strontium is not radioactive and strontium therapy shows promise for the treatment of osteoporosis, though its use is controversial. link

Lastly, if the name strontium sounds weird it's because it was named after a Scottish town Strontian (Srón an t-Sithein) where it was first found. Van der Krogt tells the story of its naming here.
Posted by chickelit at 2:08 PM