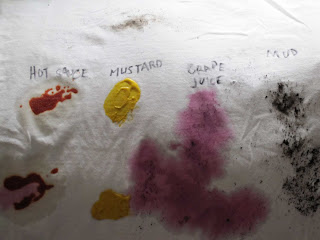 Althouse commenter Palladian wrote an interesting comment a while back about Tyrian purple dye:


The ancient purple, Tyrian purple, is more akin to the color of a fresh Welch's grape juice stain on a white cotton shirt, only much more intense. Tyrian purple is made from the fresh mucous secretion of a big sea snail that is variously known as Murex brandaris and Haustellum brandaris. It requires harvesting and killing 10,000 of these gastropods to produce one gram of the dye, hence the astronomical price and rarity of the color. Link.

Palladian didn't mention bromine in his comment but I remembered his post after I started thinking about organobromine compounds.* He didn't give a pretty picture either, so here it is:

So what?  Well, it's bromine that gives it its striking color. Why do I say that?  Take away the two bromines and replace them with hydrogens and you get a dye called indigo: 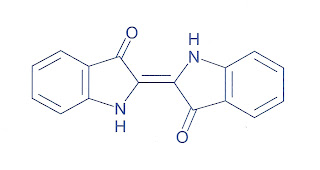 I am interested in this stuff because I'm trying to understand and explain how organic dyes are used in DNA sequencing and also in OLED devices (futuristic electronic devices).  Subtle changes like changing substituents like bromine (or more commonly chlorine and fluorine) are important to those technologies.
__________________________
*Bromine is rare in natural compounds and, unlike chloride and iodide, bromide is not an essential element for humans. Due to its high water solubility, the world's bromide is mostly trapped in the oceans, where it cannot easily escape without help. Significant amounts of bromide are also trapped in fresh water brines and brackish waters, which is why Dow Chemical is in Michigan. Link
Posted by chickelit at 6:17 PM