Letters From Their Eleventh Hour 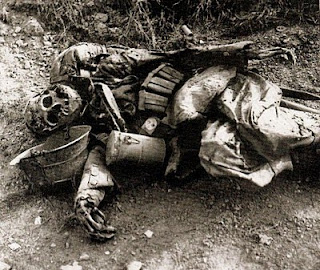 Tomorrow is Veterans Day.  I'm going to honor it the same way I always do, flying the flag, talking to my friends and neighbors--in Oceanside we're surrounded by veterans. I am blessed.  And thank you--all of you!  But also, tomorrow, I'm going to take a historical moment to remember those veterans who are no more. No, I'm not confused about Veterans Day and Memorial Day.

The companion books War Letters of Fallen Englishmen and German Students' War Letters are both collections of letters written by British and German soldiers who died in those battles. Yale historian J.M. Winter writes in the preface to the latter:


The entries in the book resemble gravestones, in a general way. There is the name, and instead of military rank, there is his academic affiliation. Then follows the date and place of his birth and his death. So far the parallel with a grave site is similar to that used in other similar ventures, for instance, Laurence Housman's War Letters of Fallen Englishmen. Housman's identification also includes the service arm and rank, which Witkop's book avoids. Still, the similarity to a cemetery stone is clear.

What both editions add, of course, is a letter or several letters. This practice helps establish the individuality of the soldier who died; without such special individuation, he would fade into an army of the dead and therefore into oblivion. Thus these books offer two services to bereaved families. For those whose sons or husbands or brothers had no known grave, these pages provide a kind of surrogate resting place his remains never had. And second, the text of the letters does more than just list his name, date of birth, and date of death. It is a kind of portrait, like those found in East European cemeteries. The letters construct a snapshot of the mind of the fallen soldier. The prose comes to stand for the man himself, his nobility, his beliefs, his aspirations. It was as if he wrote his own epitaph.

I've prepared four memorial posts for two English and two German soldiers. In the case of the two Germans, I made voice recordings of their letters.