Letters Home: "So They Got R's Number" 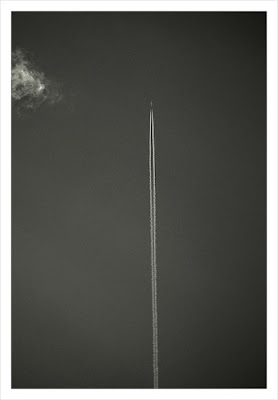 I just got in from the tank range and thought I would answer your letter. I was going to call you last night about 9:00 but they said it would take an hour and a half to get it through so I didn’t bother to call. We got up at 4:30 this morning and got back at 3:30 this afternoon.

We go on a night problem from 6:00 till 10:00 tonight so it will be a long day. It isn’t so bad because the weather is dry and warm. It’s a compass reading problem tonight. I suppose a lot of us will get lost. This is our set ups for the week: Monday: shoot 30 cal. machine gun from inside the tank. Tracer bullets. Tuesday: same thing. Wed: 75 m.m. gun from inside tank. Also 50 cal. machine gun with tracer. Thur: same as Wed. Fri 75 m.m. and shoot 50 cal. at balloons.[1]

I got K.P. Wed. so I won’t get any shooting that day. I think its my last time for K.P. Has Billy S. wrote yet as to where he is stationed?  A new bunch is moving in here the 13th and maybe he will be one of them.

So they got R_’s number. [2]  I hope he don’t get into combat, though the training don’t hurt anyone. I got 5 weeks after this one so be looking for me in April. Did R_ ever get my fender skirt taken off and painted? If he hasn’t tell him to do it right away.

Sure has been nice weather here lately. I hope it's that way when we camp out for two weeks. Has R_ got a car yet?

We saw a big Jet Bomber go over today. It sure was up in the air. 2 big trails of vapor was left in the air for about 5 min.[3]

________________________________________
[1] That .50 cal machine gun was no doubt an infamous Browning M2 (nicknamed "Ma Deuce"). Browning M2's have been in continuous production since the end of WW I.  If you've never seen a .50 caliber round, you should: they're about 5 1/2 wicked inches long.  My grandfather collected ammunition and arranged them according to caliber on a wall-mounted collection. Growing up, we never asked where he got them, but I think I figured it out. He worked at Badger Ordnance during WW II and I suppose that he managed to slip a few things out in his lunchbox, much like that GM plant worker who built himself a Cadillac from pilfered pieces (OT, but that Johnny Cash song is called One Piece at a Time and you can hear it here.  LOL, I just bought that song from iTunes in memory of my dad and grandad). Coincidentally, Johnny Cash was serving in Germany around the same time as my father, though in the Air Force, and he was stationed further south at Landsberg.

[2] R was his younger brother, who just turned 18 and received a draft number from the Selective Service.  At first I thought that my dad might have deployed to Germany and not to Korea because his older brother was already in Korea. Not true. Same family members may be deployed to the same combat zone, however, in the event of the death of one family member, the other(s) is/are given the option of voluntary transfer out.  I believe these rules date back to the Civil War and for good reason: Link.

[3] That jet bomber was probably not a B-52 which was only first tested in April of that year (1952), unless it was an early prototype. B-52's had four jet engines and probably would have left a characteristic vapor trail, although it's possible that the four trails would have been unresolved to the naked eye and would have looked like two. The jet he saw was probably a B-47.

Posted by chickelit at 8:31 AM