The Hammer of the Buzz 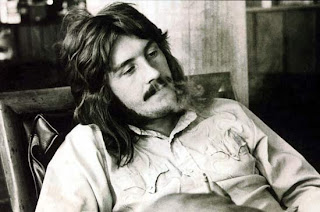 I've just been getting around to listening to Mothership, yet another Led Zeppelin compilation produced by Jimmy Page to milk the legend. What is new on this otherwise predictable rehash is a nice remastering of the drum track: mainly the enhanced sound of John Bonham's drumming.

Others have described Bonham's style as his special "groove." Yes he had that, but there was something more about his drumming style. Bonham owes some of his sound to Carmine Appice, who introduced Bonham to Ludwig drums during Zeppelin's first American tour (Geez, I wonder if Trooper York knew the Appice family?-Brooklyn, boomer, Italian American?). I also think there's a noticeable difference in drum "sound" between their first album and Led Zeppelin II. The very first song on their first album, Good Times, Bad Times, features those shin-cramping bass drum triplets that marked Bonham's style. Later, he perfected a more fluid, all around triplets sound as demonstrated here by Appice (if the videos won't play for you it may be because they are Quicktime ".mov" videos. You can download quicktime here (thanks Jason!).

Bonham had a certain precision and economy to his style--almost approaching perfection in the sense that one could not easily imagine doing it better. His exquisite, almost metronomic timekeeping was due to his use of his left foot high-hatting between and during breaks, a technique borrowed from earlier drum legends. You can see it in this demo.

I learned these things as a teen (way before Internet tutorials) when I played drums as part of my misspent youth. I used to listen for hours on end to their songs, trying to copy and learn his style. My friends and I even had a little high school garage (basement) band in the mid-70's: we called ourselves "Buzz Hammer."

John Bonham has been dead almost 30 years--can you believe it?
Posted by chickelit at 10:30 PM